Project Serpo was a black project program that began in 1965 in the United States of America. It was responsible for human teams or groups, of willing participants, to be transported to a Vivarium site codenamed “Serpo”. The project was leaked on 2 November 2005, by an alleged retired official of the DIA, who went by the screenhandle "Request Anonymous".[1]

Supposedly there is a 3,000-page debriefing concerning twelve members who made up a military team that served at least 13 years in an alien world that was classified as “Serpo”. The briefing notes claimed that ‘Serpo’ was located in the star system Zeta Reticuli (Currently, there is no confirmed exoplanet in this system - See Serpo conspiracy).

According to Release 1, of the twelve, only eight returned. They were quarantined from 1978 to 1984 by the Air Force Office of Special Investigation (AFOSI). All members of the 1965 team have since died. The last survivor is said to have died c. 2002/3.

After Project Serpo was leaked in 2005, known disinformants of The Aviary, such as Richard Doty[3] and Robert Collins[4] embellished on the extraterrestrial aspect of Serpo. They are the same characters who put Paul Bennewitz away for coming out with Manzano Base and Dulce Base in the ‘80s.[5][6]

The many “insiders” disputed over project details, via electronic correspondence from 2005 to 2010, with Victor Martinez moderating.[1] Their debates over some minor details used strong accusations[7] like “red herring”,[8] and “disinformation”. Victor Martinez’ system was also subject to hacking,[9] which may add some credibility to the Project Serpo claim, but likely to be clouded in misinformation.

A squabble ensued between Anonymous and Paul McGovern about whether or not women were among the 1965 away-team. Even Richard Doty chimed in (Article 3). While Anonymous kept to a Spielberg's script, the others trashed the notion of women in the ‘60s being eligible for a US project. However, due to the atypical scenario, their notions are speculative. Based on the “Greada Treaty” and the Hill abduction case of Betty and Barney Hill in 1961— both human males and females meet the quota. 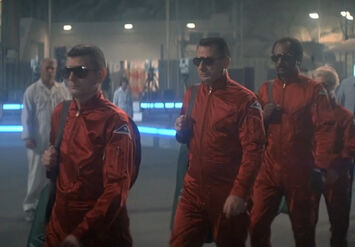 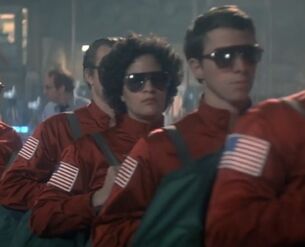 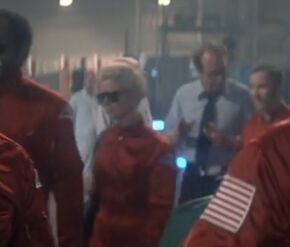 Twelve personnel, 10 men and 2 women, are depicted in Close Encounters of the Third Kind (1977) by Steven Spielberg.

The “exchange” was said to be twelve US military personnel, for one “Eben”.[1] The one sided ‘educational exchange’[10] was of no equal measure, only leaving more questions about the Away-team’s whereabouts.[11] The returnees were isolated (quarantined) from 1978 until 1984 by the Air Force Office of Special Investigation (AFOSI).[12] If they had all been “sheep-dipped“ from the military as Paul McGovern indicated, there would be no eligibility for VA.[Note 1] All twelve personnel are unaccounted for, and due to the insiders’ inconsistent details, it should be assumed that all returnees, and those left behind, have all but perished—likely by 1984.[Note 2]

Retrieved from "https://ufo.fandom.com/wiki/Project_Serpo?oldid=24121"
Community content is available under CC-BY-SA unless otherwise noted.