In the 1970s, Paul Bennewitz’s lived in the fairly affluent Four Hills area of Albuquerque. His house overlooked Kirtland AFB. It is not uncommon for visitors to see the B-1 take off and land, as Kirtland adjoins the city’s municipal airport.[1]

In 1979 Bennewitz began monitoring anomalous lights over Manzano Test Range.[3] After following a UFO abduction case, Bennewitz became convinced that Kirtland had something to do with it. Researcher Greg Bishop ascertained that Bennewitz stumbled upon “top secret Air Force experiments”.[2]

In 1980, Paul Bennewitz had become intimately involved in an abduction case investigated by Dr. Leo Sprinkle, professor of psychology at the University of Wyoming, in Laramie.[1] The victims, a mother and her son,[5] consented to regressive hypnosis treatments. In a 33-page transcript of the hypnosis session, conducted by Leo Sprinkle, the woman and boy claimed to have witnessed aliens mutilating cattle while driving. The two were abducted and taken to an underground location, then released back to their vehicle. The transcript is given in Linda Moulton Howe’s book An Alien Harvest: ‘Further Evidence Linking Animal Mutilations and Human Abductions to Alien Life Forms’ (1989).[1]

The 1980 abduction case led Bennewitz to conclude the following:

According to Bennewitz, the aliens were transmitting signals from a base underneath Archuleta Mesa to his computer, using hexadecimal code; some printouts revealed hexadecimal images.[4]

When Bennewitz went public c. 1982, it caught the attention of the United States Air Force Office of Special Investigations (AFOSI).[2]

The AFOSI consulted with UFO researcher Bill Moore for information on Bennewitz, which according to history professor Aaron Gulyas, turned into a “complex campaign of disinformation”.[2]

In Moore’s own words: “I knew I was being recruited, but at that point I had no idea for what.” Moore’s part of the bargain was to keep his intelligence community handlers in the loop by supplying information about Bennewitz’ on-going UFO investigations.[2]

In 1986, Paul Bennewitz was authoring his paper Project Beta. Being a member of APRO, he submitted the paper on how to infiltrate Dulce Base,[7] in 1988.[3]

Bennewitz gave an overview of his stakeouts, and intel he collected for at least two years.[8] He also asserted that grays are devious, employ deception, and do not adhere to agreements.[4]

APRO did not take the Bennewitz papers seriously. They thought he was mentally deranged and was having another mental breakdown. Since the mid-1980s, APRO’s director Bill Moore had kept the UFO community informed that Bennewitz was making regular trips to the psychiatric hospital.[1]

Bennewitz creditability was completely smeared by Bill Moore, Richard Doty, The USAF,[9] and The Aviary operatives.

Paltering—the act of misleading by "telling the truth",[10] a pervasive technique in government intelligence. 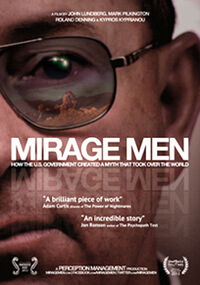 The Aviary is a collective name for "contacts" in the US government and military who are disinformants.[3]

The Aviary, from several US intelligence agencies, convinced Bennewitz that he was, in fact, in contact with aliens. Moore explained in a 1992 interview that they seeded the conspiracy theories of “government/alien involvement, treaties with aliens, underground bases, the plot to take over the planet, implants, two different races of aliens”.[2]

The United States counterintelligence measures used, for the purpose of discrediting Bennewitz, drove him to “suffer from significant psychological trauma”.[2]

“They were actively trying to defuse Bennewitz by pumping as much disinformation through him as he could absorb”,[2] followed by several attempts to admit Paul Bennewitz into a psychiatric hospital.[11] Some sources indicate at least three times operatives tried to get Bennewitz admitted, and with success. Bennewitz was also forced to submit to electroshock therapies.

When he was discharged, he publicly stated that he would not have anything to do with UFOs.[5] Family members have concluded that Paul was of sound health. As of 1990 his whereabouts remained unknown. Bennewitz was believed to be living in recluse[5] until his death in 2003.[12]

The Bennewitz affair became so heated and controversial within the UFO community, skeptics wrote serious books about how conspiracy theories have affected the American conscience.[13]

It’s believed that Aerial Phenomena Research Organization (APRO) dissolved in 1988 because of the Bennewitz affair. It disowned its name and members moved to MUFON, Mutual UFO Network.

Bill Moore, a former director of the board on APRO, confessed in 1989 to supplying information to USAF, on the activities of Paul Bennewitz, APRO and several other individuals.[1]

The “Dulce Base” has continued interest for confirmation of its existence by researchers of abduction phenomena. An MKUltra connection to Dulce Base was realized by the deaths of Phil Schneider and Karla Turner having died a week apart from each other in 1996, after both had gone public in lectures and speeches. Female survivors of MKUltra were speaking out in court hearings soon thereafter (See Unethical human experimentation at Dulce).

Retrieved from "https://ufo.fandom.com/wiki/Paul_Bennewitz?oldid=30754"
Community content is available under CC-BY-SA unless otherwise noted.