Kapustin Yar (Russian: Капустин Яр) is a Russian rocket launch and development site in Astrakhan Oblast.[1] In ufology, it’s believed that the Russian site was the equivalent of Area 51 in the US, having housed UFOs during the Cold War.

The below image gives the name “Капустин Яр”. It was compiled in The Alien Races Book that was prepared and posted online by Dante Santori in 2014.[2] 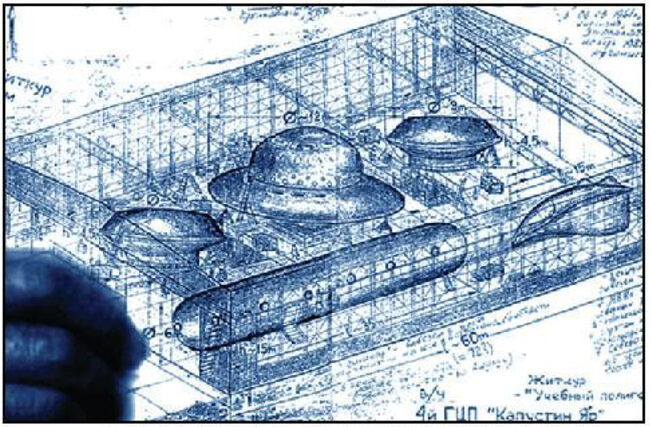 Retrieved from "https://ufo.fandom.com/wiki/Kapustin_Yar?oldid=27526"
Community content is available under CC-BY-SA unless otherwise noted.